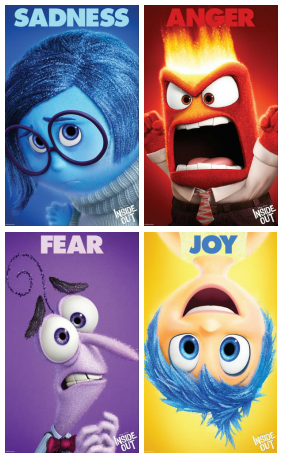 This was supposed to include Disgust, but she hated the idea.
Susan: I think I'd better tell you... My grandfather is Death.
Bilious: Oh, I'm sorry to hear that.
Susan: I said Death.
Bilious: You mean, the robes, the—
Susan: —scythe, white horse, bones... yes. Death.
— Hogfather
Advertisement:

The living (roughly humanoid) embodiment of a fundamental abstraction. They may be god-like in power, but have a much narrower focus. Athena does many things; Death only one. However, the limits of what they can accomplish and the extent of their authority is usually dependent on what they represent. If the being personifies water, then all they can control and have authority over is water. Anything not related to water, a water elemental couldn't help you with. On the other hand, if the personified force is something like destruction or creation, then the entity would have a larger purview to work with. Also, while a god might have for freedom of agency, a personified force can be more powerful. Hades may command the dead and the underworld, but Thanatos IS death and capable of reaping anyone, even the gods. On the other hand, some Anthropomorphic Personifications are much weaker, perhaps due to having a minor sphere of influence (similar to Odd Job Gods). In non-magical series they resemble a Sufficiently Advanced Alien, but unlike them are an intrinsic part of the workings of the universe. Note that a character representing an idea is not enough, they have to literally be the idea's physical form.

Good & Evil and Order & Chaos come in pairs. A universe that has one will usually have both. Some have all four.

Other less fundamental concepts can have an Anthropomorphic Personification, such as fear and panic, as can nations and geographical features.

This trope is Older Than Dirt, maybe as old as religion itself (if not older).

Expect mortals in these settings to be Pals with Jesus or Enemies with Death. Killing or imprisoning one of these concepts to discover The Problem with Fighting Death, it's not a good idea to mess with the beings embodying the Magical Underpinnings of Reality. Sometimes if you kill one of these entities you end up replacing them! This may be the nature of the setting's Olympus Mons.

This is very common in anime series, when various items and/or animals come to life (usually by becoming completely human-like creatures) who seek to fulfill a purpose they had whilst being in item form, or taking revenge on the humanity which disposed them.

The character often has Omnipotence over whatever they personify.

Definitely not to be confused with Funny Animal.

A Sub-Trope of Allegorical Character.

Compare with Embodiment of Virtue, Sentient Cosmic Force (a form of Background Magic Field with a will of its own).

Compare and contrast Elemental Plane, for when it's a place rather than a person, or Animate Inanimate Object for physically tangible objects.