No, that's not Annette Bening.
Advertisement:

Columbia Pictures is a major Hollywood studio, now owned by Sony via its Sony Pictures division and based at the old Metro-Goldwyn-Mayer lot in Culver City, California. Columbia was represented by the "torch lady", a conflation of the Anthropomorphic Personification of America as "Columbia

" with the torch of Liberty Enlightening the World.

Columbia started as CBC Film Sales in 1918 (often derisively called "Corned Beef and Cabbage"), and was one of the many smaller studios in Hollywood, dubbed "Poverty Row

" (alongside others like Monogram Pictures and Republic Pictures). They hit the big time with the outstanding and multi-Oscar winning success of It Happened One Night in 1934 (with their next big hit, the long-running short subject series The Three Stooges, following shortly after), and became a reliable front-runner after World War II. Since it didn't own any theaters, it wasn't as affected by the Fall of the Studio System, and emerged as a leader in Hollywood in The '50s while the Big Five were left reeling by the United States vs. Paramount Pictures decision. And while the rest of the industry was scared to death of the new medium of television, Columbia wholeheartedly embraced it, becoming one of the first big names to enter television production. Columbia started an entire division named "Screen Gems" to manage its television properties, and produced several well known shows over the years. (Screen Gems is also well known for its 1965–74 "S From Hell" Vanity Plate, which has acquired a cult following on the Internet.) By 1974, Columbia Pictures Television traded under its own name. CPT was merged with TriStar Television in 1994 to create Columbia TriStar Television, and the operation was renamed Sony Pictures Television in 2002.

As Columbia entered The '60s, however, its brand became increasingly wishy-washy, with the studio producing both old-fashioned fare and New Hollywood-type movies. It nearly went bankrupt in the early 1970s before it was saved by a radical overhaul of the management, a partnership with Warner Bros., and a series of high-profile star vehicles. By 1982, Columbia was healthy again and was purchased by an unlikely suitor: Coca-Cola. The marriage didn't last long, though, as Columbia had few hits during this time (aside from the blockbuster Ghostbusters and The Karate Kid franchises). After making two key purchases in the mid-1980s (Norman Lear's and Merv Griffin's television holdings) and two major flops in Ishtar and Leonard Part 6, Coke spun the company off in 1988 under the newly formed Columbia Pictures Entertainment entity, owning 49% of the the stand-alone company. During the same year, CPE acquired the remaining stake of TriStar Pictures (which Columbia partially owned at the time) from CBS and HBO following another major flop, The Adventures of Baron Munchausen, bringing them fully to the fold and merging them with Columbia. Sony bought CPE in 1989 (including the merged Columbia/TriStar), renamed it to Sony Pictures and has held onto the two studios since, with mixed results. Due to these ownerships by prominent consumer brand-names, too many films from the studio to count feature Product Placement from the owners. (The Sony logo now appears before the Columbia Vanity Plate just to drive it in.)

While also owned by Sony since 1988, Columbia Records has otherwise no relation with the film studio (for one thing, its namesake is different; the record company was named after Washington, D.C. rather than the American personification). Columbia did operate several record labels of its own in the past: Colpix Records from 1958-66 (notable for Nina Simone, The Marcels, James Darren, Shelley Fabares and Paul Petersen among others); Colgems Records in association with RCA from 1966-70 (which issued The Monkees' recordings); SGC in association with Atlantic from 1968-69, whose small roster included The Nazz (Todd Rundgren's early band) and Neil Sedaka; Bell Records (home of The Partridge Family and Tony Orlando and Dawn) from 1969 to 1974note although the name was used in England until 1982; and finally Arista Records from 1974 until Columbia sold the label in 1979.

Columbia also owned pinball and video game manufacturer Gottlieb from 1976 to 1984 (selling it off after The Great Video Game Crash of 1983); they still own Gottlieb's Q*bert to this day (explaining why Columbia Pictures Industries is credited for Q-bert's guest appearance in Wreck-It Ralph and its sequel Ralph Breaks the Internet). 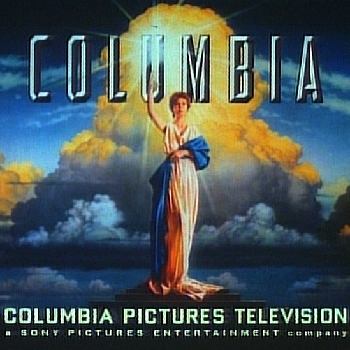 The following is a list of shows produced or distributed by Columbia Pictures Television, as well as its successor Columbia TriStar Television, a 1994 merger between CPT and TriStar Television. From 1948 to 1974, it was known as Screen Gems, a brand name resurrected by Columbia following its use as an animation division from 1924 to 1946 (it would later be resurrected for the second time as a film division in 1998). In 2002, the television division was renamed again to Sony Pictures Television. All shows produced or distributed from 2002 onwards go there.
Feedback