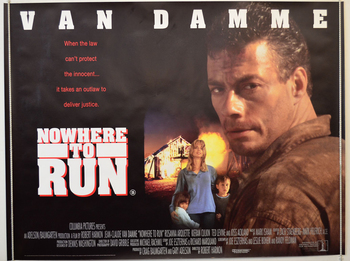 From the writer of Showgirls and the director of Return of the Jedi.
Advertisement:

Clydie (Arquette) is a beautiful young widow and single parent whose farm is eyed by an evil land developer. Although she doesn't know how to find The A-Team, escaped prisoner Sam (Van Damme) stops by, and hides on the her farmland. Clydie's son Mookie (Kieran Culkin) meets him first... luckily he's a nice guy. Which proves useful when the bad guys try to ruin Clydie's land.