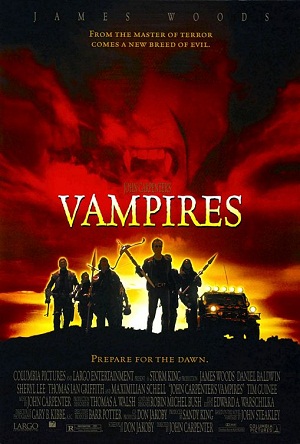 John Carpenter's Vampires is a 1998 Action Horror film by John Carpenter and starring James Woods and Daniel Baldwin, loosely based on the novel Vampires. It is about a group of vampire hunters out to prevent the original master vampire from getting the Cross of Berziers which will allow him to walk in the sunlight.

It has two direct-to-DVD sequels,