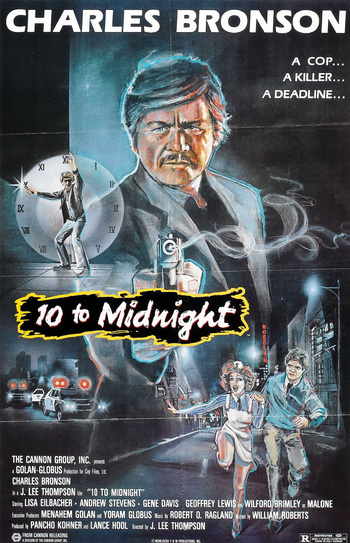 Leo Kessler (Bronson) is an LAPD homicide detective who is investigating serial killings committed by a man named Warren Stacy (Gene Davis). Unfortunately, Stacy is able to worm his way through any charges. However, Kessler gets a breakthrough when he learns that his daughter, Laurie (Lisa Eilbacher), is in possession of the diary of one of the victims, which details Stacy's stalking of her. Now that the madman is plotting against own his daughter, Kessler grows increasingly more desperate and ruthless about stopping the killings once and for all.

Produced by The Cannon Group, the film has been distributed mostly by MGM, but also got an Australian theatrical run from Columbia Pictures and a collector's edition Blu-ray from Scream Factory.