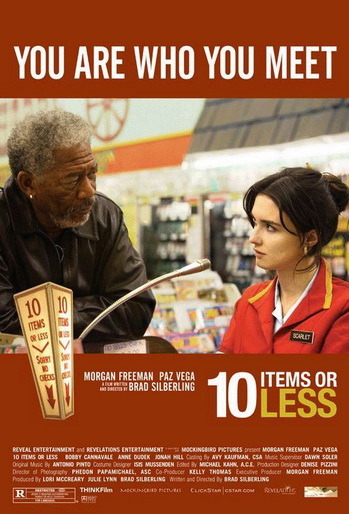 10 Items or Less is a 2006 indie dramedy film written and directed by Brad Siberling.

Morgan Freeman stars as an unnamed actor returning to work after several years away from the job. His newest role is the part of someone who works in a grocery store. To prepare for the role, he spends some time in a grocery store, where he meets Scarlet, played by Paz Vega (of Sex And Lucia and Spanglish fame). A friendship forms between Scarlet and Freemman's character and the rest of the movie is about getting Scarlet to try to better herself by applying for a job in another field.

Not to be confused with the TV show of the same name.