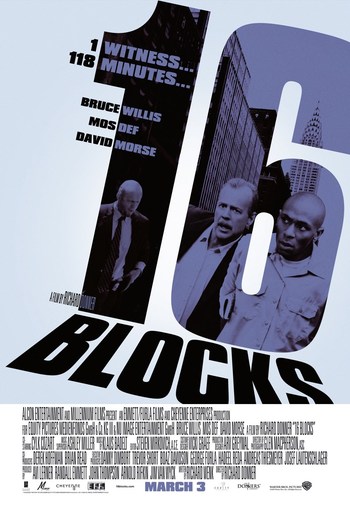 Det. Jack Mosely, an alcoholic NYPD cop, is given the job of escorting a witness named Eddie from lockup to the courthouse so he can testify. It's only sixteen blocks, but there's a lot of traffic, the witness doesn't trust the police, and the people he's supposed to testify against want him dead...

The problems start when two goons try to kill Eddie in traffic when Mosely stops to get a bottle at a liquor store. Things escalate from there.