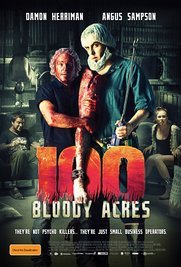 Reg and Lindsay run a business selling organic fertilizer. Theirs is very high quality due to a secret ingredient: People! They're running low on supplies, until they run into a group of friends on their way to a music festival.