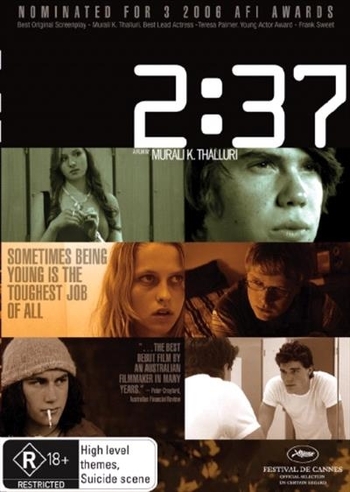 2:37 is a 2006 Australian High School film directed by Murali K Thalluri. It shows the events of a single school day from the perspectives of six troubled students, leading up to a suicide at 2:37 p.m.

The six students/viewpoint characters are: