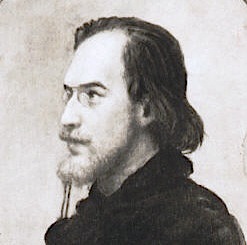 Éric Alfred Leslie Satie (17 May 1866 – 1 July 1925) was a French composer. His best-known works are extremely famous piano pieces called Gymnopédies (especially the first one) and Gnossiennes, which overshadow considerably the rest of his output.

Satie lived most of his life in utter poverty, first in Montmartre, then in a suburb of Paris called Arcueil, in a small room which he never let anyone enter while he was still alive. He mostly wrote for the piano, although late in his life he wrote three ballets called Parade, Relâche, and Mercure.

Satie had a taste for strange and unusual ideas, which can be seen in the titles he gave to his pieces : Veritables Préludes Flasques (Pour un Chien) (Truly Flabby Preludes (For a Dog)), Embryons Desséchés (Dessicated Embryos), Descriptions Automatiques (Automatic descriptions), and in the weird performance indications written in the score: "With bewilderment," "without pride"... Sometimes, most notably in Sports Et Divertissements, he went so far as to write little stories or poems which give meaning to the music.

Tropes that apply to Erik Satie's life and music: