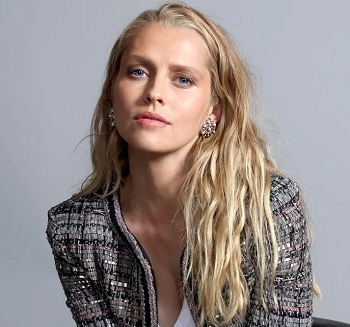 Teresa Palmer (born 26 February 1986 in Adelaide, Australia) is an Australian actress. Making her film debut in 2:37, Teresa has moved on to the American film industry with movies such as Bedtime Stories (2008), The Sorcerer's Apprentice, and I Am Number Four. She gained prominence playing Julie in 2013's Warm Bodies, and acted alongside fellow Australian Liam Hemsworth in Love and Honor. She also starred in Lights Out and Hacksaw Ridge in 2016.
Advertisement:

Teresa has been married to American actor Mark Webber since 2013. They have four children together, two boys and two girls, while Palmer is also stepmother to Webber's son from a previous relationship.