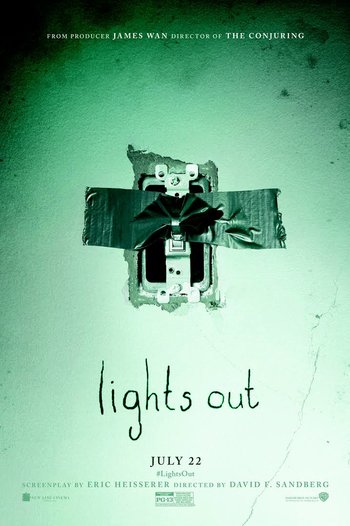 Keep the lights out.
Advertisement:

(with Lotta Losten—Sandberg's real-life wife—appearing in both the short and this film, albeit as different characters). The plot revolves around a family being haunted by an entity only visible in dim light, who seems to stalk them with murderous intent.

The movie was released to theaters on July 22, 2016. A sequel is reported to be in production, while social worker Emma Glover (a character from this film played by Andi Osho) appeared in another New Line film from the same director, SHAZAM! (thus tying it in with the DC Extended Universe).