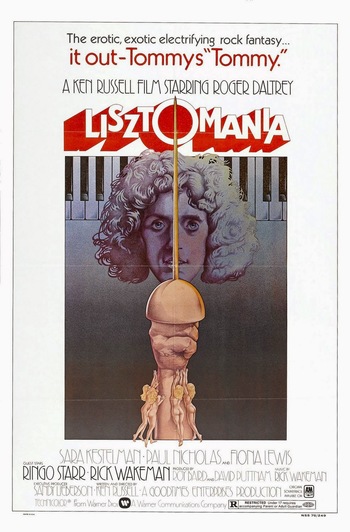 Possibly one of the strangest movies you will ever see.

Lisztomania is the story of classical composer Franz Liszt in the context of him being the first big "pop star". Take that and the fact that it's written and directed by Ken Russell of Tommy fame, and that Roger Daltrey of The Who stars as Liszt, and you have one big Mind Screw.