Go Mad from the Isolation 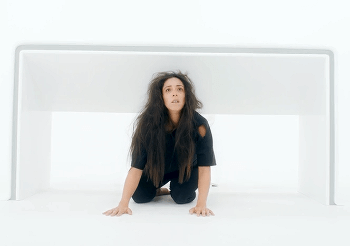 "Please, give me something to do."
"How's it going in there, Kyle? The first six months I was in solitary, I did push-ups every day and I never talked to myself. The next six months, I stopped doing push-ups and I... I confess... I did talk a little to myself. The six months after that... those next six months, Kyle? [Beat] You don’t wanna know what happened then."
— Charlie Crews (speaking to a man in the trunk of his car), Life
Advertisement:

A common effect is for them to greet actual rescues with the belief that they are dreaming, or have gone mad. For years after escape, Past Experience Nightmares may throw them back into the belief they are still a prisoner.

See also Hermit Guru, Cabin Fever, Space Isolation Horror, and Loners Are Freaks. Sub-Trope of The Aloner. Experiences like these in solitary confinement can lead someone to declare that they're Never Going Back to Prison and would die first.