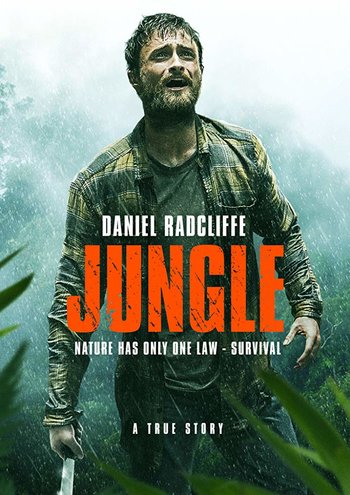 In the pursuit of self-discovery and authentic experiences, the Israeli backpacker, Yossi Ghinsberg, meets a cryptic Austrian geologist in La Paz, Bolivia, and captivated by his engrossing stories of lost tribes, uncharted adventures, and even gold, decides to follow him, circa 1981. Without delay and accompanied by the good friends, Kevin, an American photographer, and Marcus, a Swiss teacher, they join an expedition led by their seasoned trail-leader, deep into the emerald and impenetrable Amazonian rainforest. However, as the endless and inhospitable jungle separates the inexperienced team, before long, Yossi will find himself stranded in the depths of a nightmarish environment crawling with formidable and tireless adversaries. How can one escape this green maze?

Tropes in Jungle include: