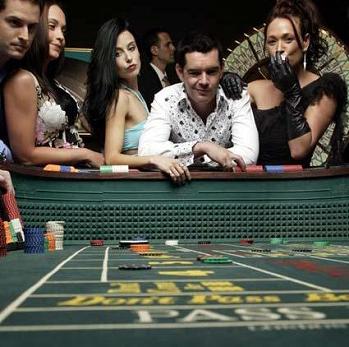 Whenever a guy is gambling, you can tell he's winning because there are sexy ladies on either side of him — and the turning of his luck is easily conveyed via a few disapproving glances from the ladies. When they leave, you know what's happened.

These girls may be dressed like tramps, showgirls, or even classy ladies, but they are always good-looking and seem to materialize out of nowhere.