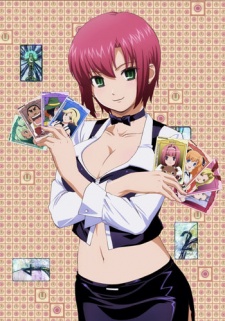 The Howard Resort and Casino is a lavish entertainment venue, where Hollywood stars and people from the upper class gather to place their bets. The motto is "It's all for the customer." One of the celebrities of this casino is Rio Rollins, a female dealer known as the Goddess of Victory for her superhuman luck. Rio's congenial nature makes her a target for manager Tom Howard's titillating ways of promoting the casino, and drawing new friends to her side, including a new trainee from Russia, the granddaughter of a wealthy businessman staying at the casino, and her childhood friend. There are 13 Gate Cards, and one who has them all will hold the title of Most Valuable Casino Dealer. Rio and her friends engage in elaborate casino games to win the cards so Rio can find her mother, with hijinks ensuing, of course.

A series of pachinko games, Rio was adapted into an anime by Xebec titled Rio -Rainbow Gate!-, which aired in the winter 2011 season. The anime can be viewed legally at Crunchyroll.

Not to be confused with Blue Sky Studios' Rio.

Tropes in Rio -Rainbow Gate!- include: