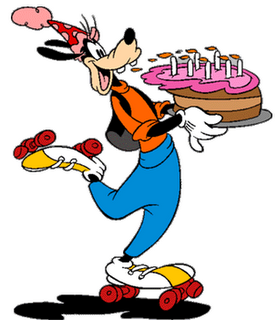 Sometimes, a plot involves or is centered on a character needing to carry a cake, pie, or some other food item toward a destination.

This item never arrives as scheduled. Usually it's dropped just before the destination is reached, or else it's stolen, or eaten by the character carrying it. If the food item does arrive at its destination, it is never in the correct state, or it is unwanted in some capacity once there. If it is a cake, expect it to be a big wedding cake or of similar size for extra mess.

Possibly the second most frequent kind of Funny Home Video, after testicular calamity.

See also Endangered Soufflé. Related tropes are 30 Minutes, or It's Free! and Dish Dash. Pie in the Face may result. Possibly a subtrope to Chekhov's Gun. Or perhaps Tempting Fate.

It's Not Bob's Fault

While trying to find some cheese for his burgers, Bob accidentally crushes the wedding cake.

It's Not Bob's Fault

While trying to find some cheese for his burgers, Bob accidentally crushes the wedding cake.