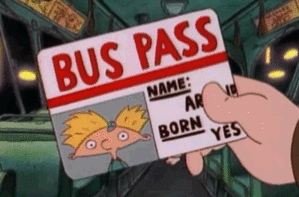 Well, hard to refute that...
Monty: Dad, is there a word to describe answers that are completely correct but entirely useless under the circumstances?
Prof. Jones: Yes, yes there is.
— Irregular Webcomic!
Advertisement:

"Could you describe Mathematician's Answer here?"

If you ask someone a question, and they give you an entirely accurate answer that is of no practical use whatsoever, they have just given you a Mathematician's Answer. A common form of this trope is to fully evaluate the logic of the question and give a logically correct answer. Such a response may prove confusing for someone who interpreted what they said colloquially.

Examples include requests for favors being superficially interpreted as requests for information ("Can you do me a favor?" being interpreted as "Are you capable of doing me a favor?"). Such examples are often used in linguistics and philosophy of language to illustrate how context and convention determine implicit meaning: "Do you have any spare pillows?" "Yes. Thank you for asking." People do not usually ask for trivial information or information they already possess, which is how competent speakers know not to provide the Mathematician's Answer. This is also a favorite of English teachers and Grammar Nazis, frequently going through something similar to "Can I come in?" "I don't know, can you?" "Uh, may I come in?".

Another common form is when a character is asked "Is it A or B?" they will respond "Yes" as if it were a question of Boolean logic rather than clarifying which specific one is the case. This occurs because a question of the form "Is the capital of Australia Melbourne or Canberra?" is ambiguous between "The capital of Australia is either Melbourne or Canberra. Which one is it?" and "Is it the case that the capital of Australia is either Melbourne or Canberra?". A logician may mistake the former for the latter, to the questioner's frustration. Though, they may also answer affirmatively if they know that at least one of those answers is correct but don't know which, or consider all answers correct, or because the second answer is the correct one, and their lack of response to the first is self-explanatory. This crops up a lot in Real Life, especially in the world of computers. On the former interpretation it is also a loaded question, so the askee may legitimately answer "No" (meaning it's none of the stated options) even if the questioner didn't mean it to be a Yes-or-No question.

A third variant is when a "How?" question (as in "By what method?") is answered with an adverb or adverbial phrase, as if the question had been "In what manner?". For example: "How did you get past the guards?" "With difficulty."

Can be used by characters for reasons ranging from snarky humor to intentional obfuscation to being extremely Literal-Minded — AI and other Literal Genies by their nature are very likely to fall into the last category.

Can overlap with Shaped Like Itself when the question is seeking a description, and with Captain Obvious, as these answers tend to be self-evident for anyone with a brain. Usually doubles as a Cryptically Unhelpful Answer, when the "mathematician" is deliberately trying to confound the questioner. Compare Non-Answer, which is a vague "answer" which does not answer the question at all. Mildly related to What's a Henway? and Not Actually the Ultimate Question. Can also overlap with Comically Missing the Point if the speaker genuinely thinks he/she is giving an answer.

The trope name comes from a family of jokes about the supposed habit of mathematicians to make unhelpful answers. For example: a man in a hot-air balloon asked someone where he was. "You're in a balloon", he answered. The rider concluded that it was a mathematician that said that, because the answer was perfectly correct and completely useless. (The joke sometimes continues with the mathematician deducing that the man in the balloon is a manager, because he has risen to his position with a lot of hot air, has no idea where he is or where he is going, and yet claims this is the fault of the innocent person standing below him.)

A final variation is also common - when given two seemingly contradictory possibilities and asked which is the case, to answer 'yes.' It is a somewhat snarky way to say that both are true, and that it is not in fact a contradiction.

All of Them is a subtrope that's its own Stock Phrase, as an answer to a question of quantity. See also What's a Henway?. Contrast Implied Answer when the question isn't answered at all, and the meaning is quite clear. Often the answer is Trivially Obvious. Related to Rhetorical Question Blunder: the person who was asked gives a logical answer that ruins the spirit of the question. Compare and contrast No Wrong Answers Except That One.

May be a feature of Anti-Humor when given as the punchline to a joke. Compare Literalist Snarking. A well-known example is the Chicken Joke: "Why did the chicken cross the road?" "To get to the other side."

In the Campaign of Carnage DLC, Mr. Torgue talks about suplexing a shark wearing a bolo tie...

In the Campaign of Carnage DLC, Mr. Torgue talks about suplexing a shark wearing a bolo tie...