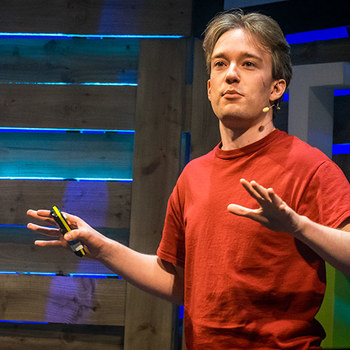 And that is something you might not have known!
I am in TVTropes, and according to the Wikimedia Foundation, it is the second largest English language wiki, with the first, of course, being Wikipedia itself.
Advertisement:

Tom Scott is an English YouTuber known for the Citation Needed series created with The Technical Difficulties. While at uni, he formed the TechDefs originally as a radio group consisting of Tom's friends Chris Joel, Gary Brannan, and Matt Gray. Most of their material are panel games, where they can show off their one-of-a-kind sense of collective humor. Tom has a degree in linguistics, but also regularly makes videos about computers, engineering, history, and many other topics. He and fellow youtuber Matt Gray had a series called The Park Bench, on their shared YouTube channel Matt and Tom

, where they talk about experiences and what happened behind the scenes on their videos, on a park bench.

, with his own musings on society and technology as well as a variety of video series (with and without The Technical Difficulties):

In 2021, he launched an additional channel, Tom Scott plus

, which features team-ups with other Youtubers for videos in which Tom does things he's never tried before (ranging from mundane tasks like blind-flying a light aircraft to dangerous challenges like riding a bicycle for the first time).

And these are some tropes you might not have known: