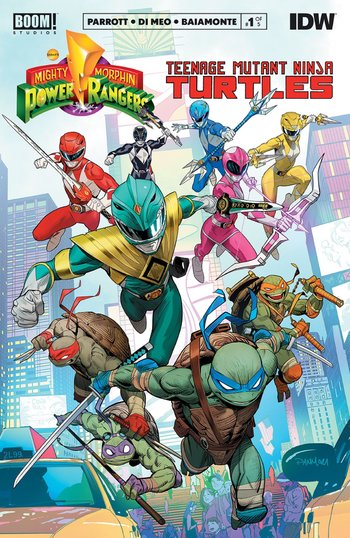 The story entails Tommy Oliver getting involved with the Foot Clan and the rest of the Power Rangers working with the Turtles to take down the alliance of Shredder and Rita Repulsa's minions.

On July 21, 2022, it was revealed that a sequel series, Mighty Morphin' Power Rangers/Teenage Mutant Ninja Turtles II, would be released in December 2022