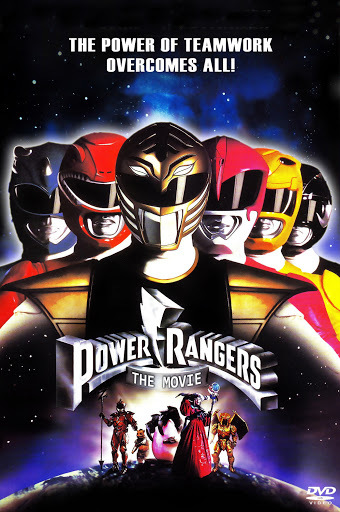 "...cause that's what Dreams are made of."
"It's Morphin' Time!"
Advertisement:

The Movie adaptation of Mighty Morphin' Power Rangers, released between the show's second and third seasons and given a big budget treatment. It doesn't fit into the continuity of the series; the events of the film are replaced in the third season. The Rangers, villains, and Command Center are all radically different, accounting for where the movie's budget went to. In particular, the Rangers have a Powered Armor appearance and there are more elaborate sets, action sequences and creature designs, with mid-90's quality CG used for the Zord battle sequence.

The plot: Rita and Zedd release another Sealed Evil in a Can, a shape-shifting glob known as Ivan Ooze, with the hope he will become a new minion. Unfortunately, he proves that there is a very good reason he was sealed away. He easily infiltrates the Rangers' Command Center and destroys their powers, leaving Zordon on the brink of death. He then traps Zedd and Rita in a tiny snow globe and sets out to rebuild monstrous creatures that he began years ago. The Rangers depart for the planet Phaedos to find "The Great Power" to re-energize themselves and return to stop Ooze.

It is the first and only Power Rangers film not to have any scenes filmed in the United States.