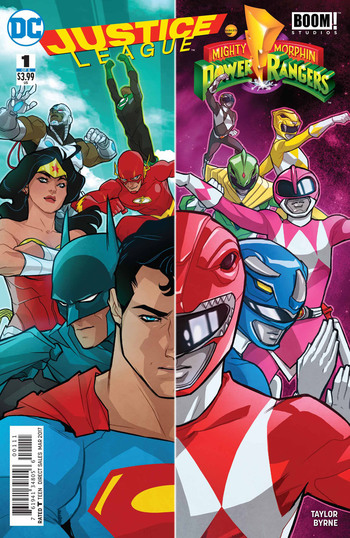 A cunning sneak attack leads to Lord Zedd being able to break into the Command Center, but when Zack, not willing to let this stand, attempts to teleport Zedd away, the damaged teleporters dumps them in an unexpected place - Gotham City in the DC Universe. And in front of Batman. Naturally, this sets off a fight between the Rangers and the Justice League. But just as they're getting on the same page, the teams face a huge threat. Because Zedd has forged an alliance with one of the League's deadliest and most powerful enemies. Now the two teams have to work together to save both their home worlds.

Tropes featured in this story include: