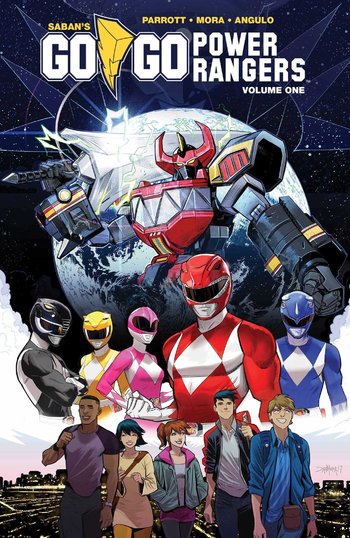 Go Go Power Rangers is a 2017 comic series, written largely by Ryan Parrott, with occasional co-writers. It is published by Boom! Studios and is a spinoff from their Mighty Morphin' Power Rangers (2016) series.

The series begins in the earlier days of the Power Rangers, before they met their Sixth Ranger (which they had by the beginning of Mighty Morphin' Power Rangers), and is intended to focus more on the team as teenagers. It has a larger focus on the team managing their civilian lives in addition to their Power Ranger duties.