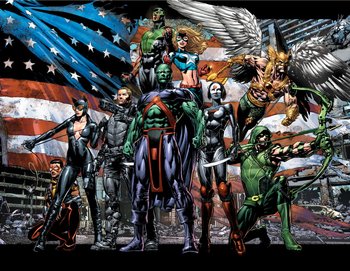 The world's most dangerous, they are America's Justice League.
Advertisement:

Justice League of America was an ongoing series from DC Comics which started in February 2013 as part of the New 52. It was written by Geoff Johns.

Following Throne of Atlantis, the U.S. government and A.R.G.U.S. decided that they needed a Super Team of their own to monitor and control. To build said team, Amanda Waller contacts several superheroes and offers them to join in exchange for something they want. Led by Steve Trevor, the Justice League of America's purpose is to defeat any threat to America and, if necessary, to fight the Justice League.