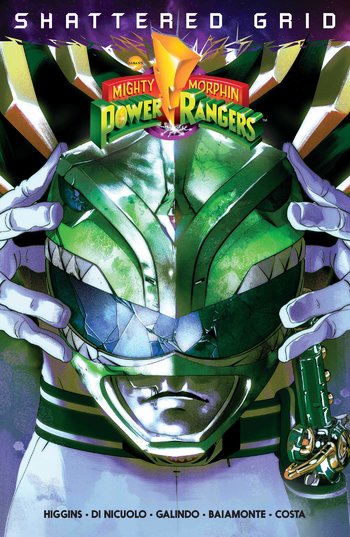 No Ranger is Safe.
We will invade their worlds. Tear down anything that might protect them. And then... when it's too late... when they're powerless and alone... they will realize the truth: They could have been gods.
— Lord Drakkon, Shattered Grid Trailer

Mighty Morphin' Power Rangers: Shattered Grid is a six-part crossover series starring the Boom! Studios version of Saban Brands' Mighty Morphin Power Rangers. It is a dual Milestone Celebration, both for the franchise's 25th anniversary and for the main title hitting 25 issues.

Lord Drakkon, the alternate universe version of Tommy Oliver where he rejected the Rangers' hand in friendship and stayed with Rita, taking over the planet, is back and ready for round two. Repowered and armed with a much more dangerous army of evil, Drakkon seeks to recross over to the other universe with a plot so diabolical, that it threatens Rangers throughout space and time. This is a battle that the Mighty Morphin' team cannot win on its own. To save everything and everyone, they must call on everyone.

A trailer narrated by Jason David Frank can be watched here

and a second promo starring him can be watched here

This event contains examples of: