Killing Your Alternate Self 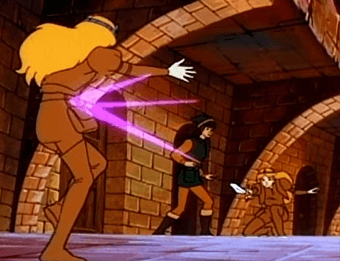 Maybe you’ve angered a wizard, irritated Doc, or it’s just a really bad case of the Cloning Blues.. whatever the reason may be, you have met yourself, and things did NOT go well. Even worse, things did go well, and yet still end in death by you.

Some days, you just really need to die.

This trope covers those times when characters meet or otherwise learn of their alternates – and kill them. It may be premeditated, self-defense or instinctive, but so long as the outcome is lethal, it fits. Please note, this does not include shape-shifters, mental mimics or other copy cats. This trope is only for when the intended victim is an alternate version(s) of the killer. Death by another’s hand is fine if you or other you was the mastermind - after all, it is the thought that counts.

It may be used by writers as a symbolic representation of a character's struggles, whether against aspects of their own nature or of something more primal, such as good versus evil. This often done by emphasising a single characteristic of the double, such as greed, pride or rage, or focusing on opposing traits to the original. Can spur a character's self awareness, assuming survival.

Frequently overlaps with Mirror Match. May be a natural result of Other Me Annoys Me, Future Me Scares Me, I Hate Past Me, and Evil Me Scares Me, and a cause of Dead Alternate Counterpart. Oddly enough Fearful Symmetry will often (but not always) fail to end in this, and given the set-up, it's also surprising that there isn't more Kill and Replace involved. May cause Ambiguous Clone Ending.

Compare and contrast Temporal Suicide when the alternate self you're killing is from your own past or future.