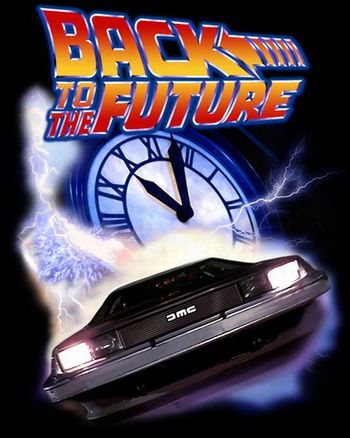 An extraordinarily successful 1980snote though Part III technically came out in 1990 trilogy of Time Travel movies starring Michael J. Fox and Christopher Lloyd (with an animated Spin-Off series) which has received several homages. They combined Fish out of Water comedy with high-stakes drama, making deft use of threatened Temporal Paradox.

♫ So take me away;
I don't mind
But you'd better promise me, I'll be back in time! ♫
Feedback