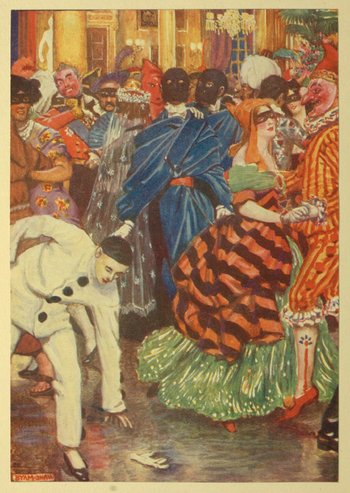 Let me call myself, for the present, William Wilson. The fair page now lying before me need not be sullied with my real appellation.

"William Wilson" is a short story written by Edgar Allan Poe in 1839. The titular William Wilson is not actually named William Wilson but we're going to call him that because his actual name embarrasses him. Wilson's weird adventure begins during his school days where he finds another student with the same name as him, who was born on the same day as him and looks just like him. Wilson narrates us as he goes through his life and his mysterious "friend" seems to keep following him.

A short film adaptation of this story directed by Louis Malle is included in Anthology Film Spirits of the Dead.