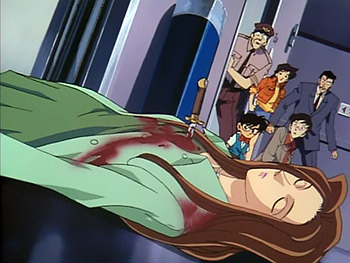 We're on the case!
"Nothing's more destructive to the metaphysical fabric that binds us than the untimely murder of a human."
— Minority Report
Advertisement:

Tropes relating to that most heinous crime.