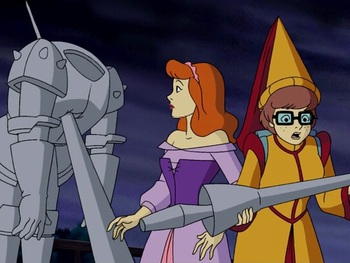 "These weapons are real!"
"I think that's the point."
"This one ain't rubber!"
— The Conductor, A Hat in Time
Advertisement:

Sub-Trope of Accidental Murder. For the accidental version of this, please see Fatal Method Acting. When inverted, see Replaced with Replica.