Film / Snake in the Eagle's Shadow 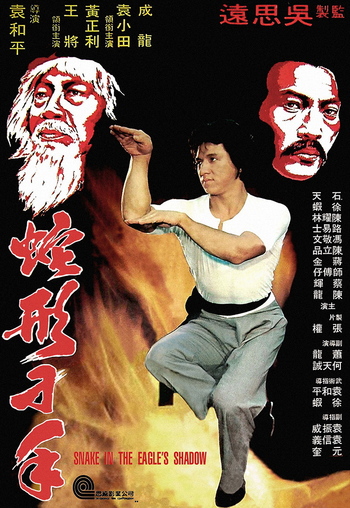 Then we meet Chien, an orphan regularly beaten upon and treated like a servant by the Kung Fu school that has adopted him. One day after a particular painful beating he sullenly walks along to find an old man set upon by a gang of kung fu fighters. Jumping to his aid and through a series of kung fu hijinks the old man decides to teach Chien the Snake Style and through Training from Hell leads him to his I Know Karate moment.

But the master of the Eagle Claw takes notice of his newfound abilities, and things won't end peacefully...

A definitive Kung Fu classic, here Jackie Chan first departed from the Bruceploitation characters he often portrayed into the comedic action roles he is now renowned for.