Film / The Clones of Bruce Lee 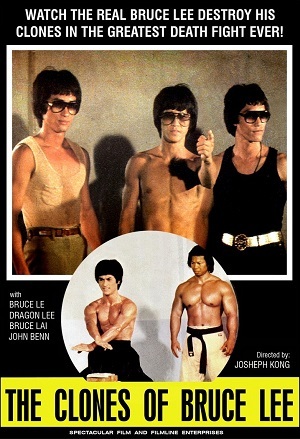 The Clones of Bruce Lee is a 1981 Exploitation Film, one of a number of "Bruceploitation" films made after the death of martial arts expert and movie star Bruce Lee to cash in on his popularity.

Three Bruce Lee clones are created by the Hong Kong government to replace the master. Together, They Fight Crime!.