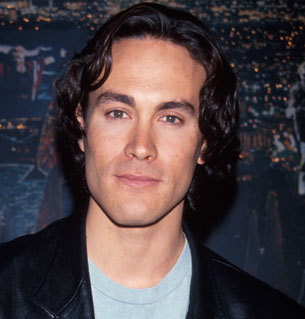 "Immortality is to live your life doing good things, and leaving your mark behind."
Advertisement:

Following in his father's footsteps, Brandon studied acting and martial arts, training in a variety of styles such as Wing Chun Kung Fu, Shaolin Kung Fu, Kali, Muay Thai and his father's famous Jeet Kune Do, making his debut in 1986 in Kung Fu The Movie. After playing a few small roles, he moved on to bigger-budget films in the 1990s, including Showdown in Little Tokyo in 1991 and Rapid Fire in 1992.

While he played action heavy roles very well and was proud of his work in them, he always made clear that he didn't want to be thought of as only capable to such films and wanted to expand his career and acting style as much as possible. Those who've seen his work have remarked that he would have had no trouble making the transition to other kinds of roles had he had the chance as he possessed natural charisma and screen presence, very good comedy skills, the ability to carry dramatic scenes easily and was even believable as a romantic lead.

Sadly, he was killed in an accident during production of The Crow in 1993.