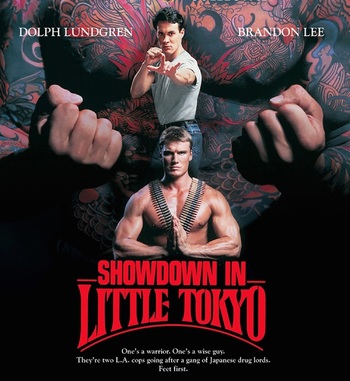 Showdown in Little Tokyo is a 1991 action film. It features Brandon Lee in his first American film role, starring alongside Dolph Lundgren. In this film set in Los Angeles, two police officers (Johnny Murata and Sgt. Chris Kenner, respectively) attempt to take down a Yakuza drug operation. The tone of the movie follows the traditional buddy cop formula. Kenner's Love Interest is played by Tia Carrere, while the Big Bad is played by Cary-Hiroyuki Tagawa.