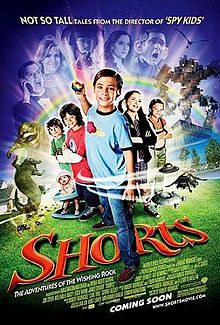 A 2009 film by Robert Rodriguez. The film follows the adventures of a group of children living in the neighborhood of Black Falls, Texas and a rainbow colored rock that grants any wish. The movie is comprised of a series of shorts told in non-sequential order by the narrator and protagonist, Toby "Toe" Thompson. There are 5 "episodes", not including Episode 0, played just before the film begins, with each episode focusing on a different set of characters and their experience with the wishing rock.