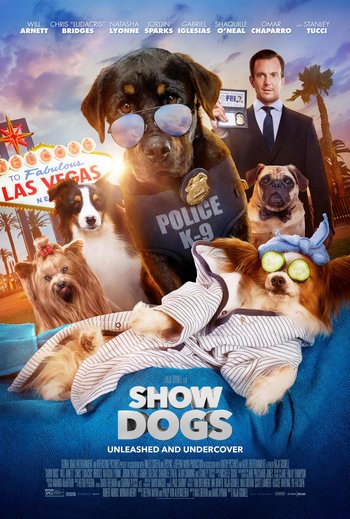 Show Dogs is a 2018 buddy cop dog movie directed by Raja Gosnell (director of The Smurfs live-action movies and the Scooby-Doo (2002) movies) and starring Will Arnett and Ludacris.
Advertisement:

Frank (Arnett) is a cop who goes undercover with his dog partner Max (Ludacris) to infiltrate a crime ring that steals valuable animals in order to sell them off to the highest bidder behind the scenes of a dog show.

Show Dogs has examples of the following: