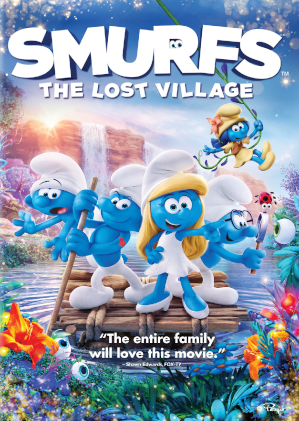 Smurfs: The Lost Village (originally titled "Get Smurfy") is an animated film produced by Sony Pictures Animation. It is a reboot of The Smurfs in film, the biggest change being that it is an All-CGI Cartoon. The film is directed by Kelly Asbury (of Shrek 2 fame). It was released in the US on April 7, 2017.
Advertisement:

The basic plot of the film centers around the Smurfs finding a secret village hidden within the Forbidden Forest. Some hints as to who they find in that village have been dropped by the producers of The Smurfs comics themselves, who created a tie-in story that was released prior to the movie.

This film smurfs the following tropes: