Not Now, We're Too Busy Crying over You 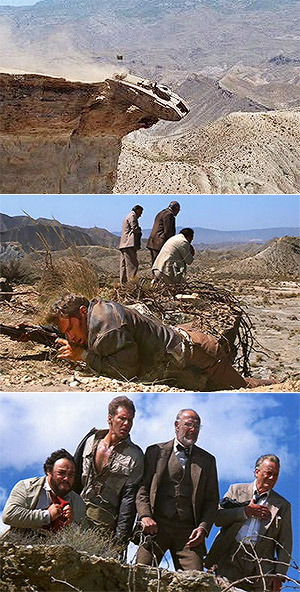 "Oh, God. I've lost him. And I never told him anything. I just wasn't ready, Marcus. Five minutes would have been enough."
"[visibly distraught] Buffy, I...something's happened that... Willow's dead. [sees Willow standing over in the corner] Hey, Willow."
— Angel, Buffy the Vampire Slayer, "Doppelgangland"
Advertisement:

If the "dead man" is particularly absent-minded, he might even join in on the mourning, with or without being aware of who's being mourned.

An extension of Not Now, Kiddo, and Reports of My Death Were Greatly Exaggerated. Often overlaps with Delayed Reaction. Sometimes the result of Faking the Dead, especially if the ones in mourning were unaware that the person being mourned over was faking. Often occurs at the "dead man's" own funeral, or during a Premature Eulogy. Also compare Stealth Hi/Bye, where the characters are simply unaware of the other character's presence whether or not they are (believed) dead. Usually leads to a Tear Dryer moment.

As this is a death (or lack thereof) trope, spoilers may appear.

Rocky does this at the end of "Stink of Fear," amazed that Bullwinkle managed to get together an entire funeral when Rocky was only gone for about five minutes.

Example of:
Attending Your Own Funeral

Rocky does this at the end of "Stink of Fear," amazed that Bullwinkle managed to get together an entire funeral when Rocky was only gone for about five minutes.