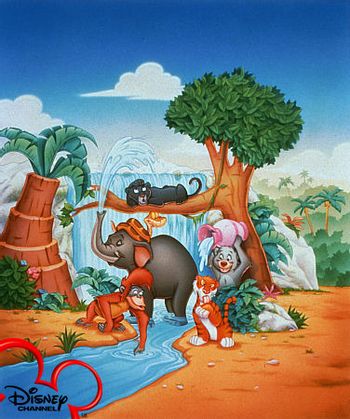 Jungle Cubs is an animated TV series spun off from the Disney movie The Jungle Book (1967). It serves as a prequel to the movie, starring the child version of the six main animal characters: Baloo the bear, Bagheera the panther, Louie the ape, Shere Khan the tiger, Hathi the elephant and Kaa the snake.