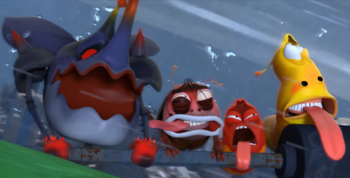 From left to right: Black, Brown, Red and Yellow.

Larva is a Korean computer-animated comedy television series that features two larva as the main characters.