Not Allowed to Grow Up 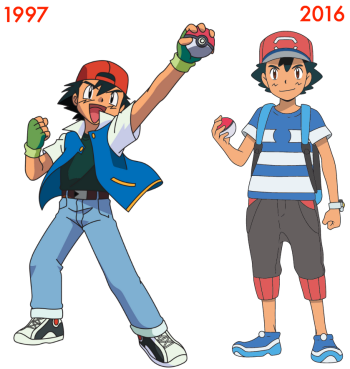 He's still ten years old, and looks younger than when he started.
"Look how long it's taken me to be six years old! Practically forever!"
— Calvin, Calvin and Hobbes
Advertisement:

AKA "perpetual childhood". An old (and in live-action, discredited) trope which was implicit in many early sitcoms that focused on the standard American Nuclear Family of father, mother, and either two or three children — the situation necessary for the comedy to exist was so rigidly defined that the children could not be allowed to grow up, lest the program dynamic change unrecognizably. After the tragedy of Anissa Jones of Family Affair, who was straitjacketed by this trope to very unhealthy effect, most live-action sitcoms now just accept that their kid characters will grow up and take advantage of the story opportunities with teenage and young adult characters should the series last long enough.

This later became a staple of animated shows. Since animation does not require on-screen acting, it is much easier to control the physical aspects of the characters, and therefore keep them the same age year after year without major psychological harm to the person doing their voice. Among the most famous examples of this situation are Bart, Lisa and Maggie Simpson, who have been intentionally kept the same age since their debut in The Simpsons Shorts in The Tracey Ullman Show in 1987.

Things tend to be worse for female child actors than for male child actors when it comes to this trope in live-action media; girls usually hit puberty at a slightly younger age than boys, and concealing the secondary sexual characteristics can be very difficult, sometimes even impossible. Film studios used to object to child actors growing up; it was not until The '70s that they finally figured out how to manage a smooth transition from adorable child star to Teen Idol.

The opposite of the trope is Soap Opera Rapid Aging Syndrome.

Comic-Book Time, also known as a floating timeline, applies this concept to an entire setting. This trope can lead to Contractual Purity, which is when celebrities grow up and move on to adult roles and behavior, but are still expected to be children.

Not to Be Confused with Never Grew Up, which is when child-like characters are literally not able to age for in-universe reasons. See Not Allowed to Grow Old for when adult characters do not age the way they should.

Of course, this trope overlaps with Perma-Shave for male children.