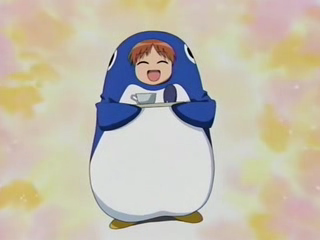 No other words can describe this.
Advertisement:

The limit of the Willing Suspension of Disbelief for a given element is directly proportional to its adorableness.

For example, anatomically improbable creatures can be perfectly justified in the right setting.

Tropes running on this rule include: