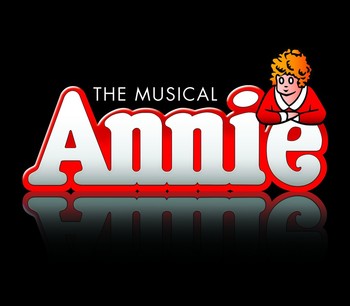 In 1972, Martin Charnin bought the rights to the comic strip Little Orphan Annie. With Thomas Meehan and Charles Strouse, he created the Broadway musical Annie in 1977. After 2,377 performances, four national tours, and five Broadway Annies, the musical ended its New York City run in 1983. There have since been two revivals marking the show's 20th and 35th anniversaries (in 1997 and 2012) on top of numerous other professional and amateur productions.

New York City, 1933. Eleven-year-old Annie has been living in cruel Miss Hannigan's orphanage her whole life. After her latest unsuccessful escape attempt (during which she meets a stray dog she christens Sandy), secretary Grace Farrell decides to take the child home to temporarily live with billionaire Oliver Warbucks over the Christmas season as a publicity stunt for the grumpy tycoon. The plucky orphan worms her way into the hearts of the Mr. Warbucks and his staff, and even the President of the United States! Even though Mr. Warbucks wants to adopt her, he agrees to help her search for her real parents, who left half of a locket with her when they dropped her off at the orphanage as a baby. Miss Hannigan's brother and his sleazy girlfriend pose as Annie's parents to gather the reward that Warbucks has offered to Annie's real parents.

In 1982, John Huston directed a film version of Annie, which made a goodly number of changes to the play: comic strip characters Punjab and Asp are supporting players, Sandy gets more screentime, songs are added and dropped, and the climax is peril-filled. Annie was played by Aileen Quinn, heading up an All-Star Cast of adult players. E.T. kept it from being the Summer Blockbuster it was intended to be, but it became an early VHS video store staple. A lot of '80s kids have the damn thing memorized.

In 1989, Charnin reunited the old team and they created a sequel to the play, Annie 2: Miss Hannigan's Revenge. Two name changes, tons of rewrites, and three Annies later, the play ended up off-Broadway as Annie Warbucks in 1993. Didn't know of its existence before coming across this article? Don't worry. It made such a small, unnoticeable splash, you're probably hearing about it for the first time right here.

In 1995, a Made-for-TV Movie called Annie: A Royal Adventure! premiered on ABC. It is presumably a sequel to the 1982 film (at least that's how IMDb recognizes it), but it has none of the same cast and is not a musical (unless you count a single reprise of "Tomorrow" at the end).

In 1999, ABC-Disney produced a Made-for-TV Movie version of Annie, which made its own share of changes to the stage show. It starred Alicia Morton, with Kathy Bates as Miss Hannigan.

The 2006 Documentary Life After Tomorrow revisits many of the women who played orphans in the stage casts.

Annie (2014) is another movie adaptation of this musical, released Christmas 2014. It contains some new songs by Jay-Z and Sia and stars Cameron Diaz, Rose Byrne and Jamie Foxx.

The musical includes examples of:

Adaptations with their own trope pages:

In addition to tropes shared with the original musical, the stage sequel, Annie Warbucks, has examples of: