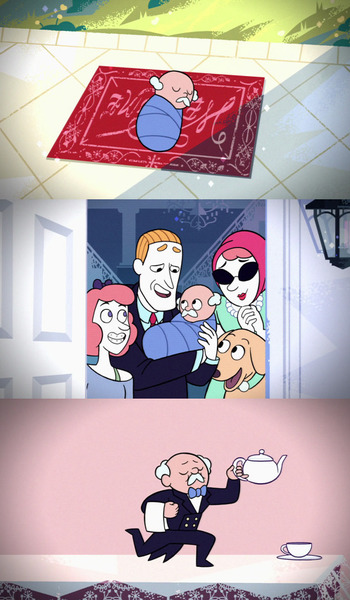 That can't be legal—not that it needs to be.
Advertisement:

It was once commonplace for families to adopt orphans and treat them as servants or workers rather than family. The children aren't necessarily treated poorly, and in many cases are treated rather well and educated; however, they aren't considered family.

An alternative version of this trope is an illegitimate child being reared as their parent's servant. This allows the child to stay near to their parent without the scandal associated with people knowing that you have such a child.

There is a lot of Values Dissonance associated with this trope. To modern audiences, adopting a kid so they can work for you is a very unsuitable reason and it isn't legally allowed. However, this trope still appears in period pieces, and even in more modern based works if the adoptive parents are abusive.