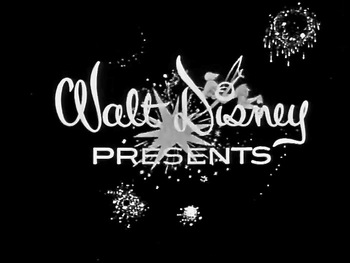 The Disney television anthology series began airing in 1954 on ABC to provide funding for Disneyland. Rather than stick to one genre, the series covered a wide gamut of genres. The original Disneyland series was themed around each of the four sections of the Disneyland theme park: "Adventureland" was for the studio's nature documentaries, "Frontierland" was dedicated to dramatizations of US history, "Fantasyland" showcased the Classic Disney Shorts and feature films, and "Tomorrowland" was dedicated to the wonders of science, particularly the then-nascent space program. Walt Disney often promoted upcoming movies and new theme park attractions on this show.

In 1961 the series moved to NBC and was broadcast in color for the first time. The series remained on NBC for 20 years before moving for two seasons on CBS in 1981. The series was canned in 1983 as not to provide competition for the new Disney Channel. But in 1986, the series returned to ABC and then to NBC in 1988 before being cancelled again, moving to the Disney Channel in 1990 as an umbrella title for Sunday night movies and specials. After Disney's buyout of ABC, the series returned to television in 1997 as an outlet for Disney movies and specials, as well as miniseries and films from outside studios. In the early 2000s, the series aired periodically, usually in the summer months until apparently being cancelled for good in 2008, making the Disney anthology series the second longest-running primetime show on television. The series returned to ABC in December 2015, again only airing new specials or televisings of Disney-owned movies on a sporadic basis.

The series aired under many different titles, and some of the serials and specials have their own pages here:

The Disney series contains examples of: