Film / My Date with the President's Daughter 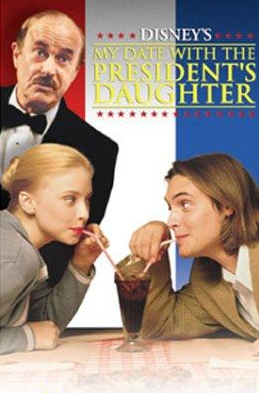 Hallie Richmond (Elisabeth Harnois) has a curse. She is the President's Daughter. Ordinary, geeky Duncan (Will Friedle) is in need of a date for his high school dance. A chance encounter between the two might be just what they need. Hallie convinces her father to let her go to the dance with Duncan, which leads the two teenagers on a wild adventure across Washington D.C. as they try to make it to dance.
Advertisement:

Premiering on ABC, it was a part of Walt Disney Presents revival series, and has since become a Cult Classic.