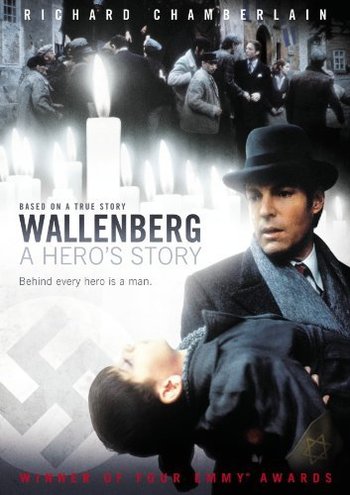 It tells the story of Swedish diplomat Raoul Wallenberg (played by Richard Chamberlain) who saved 100,000 Hungarian Jews during the final months of World War II by giving them "protective passports" and declaring 32 buildings extra-territorial.