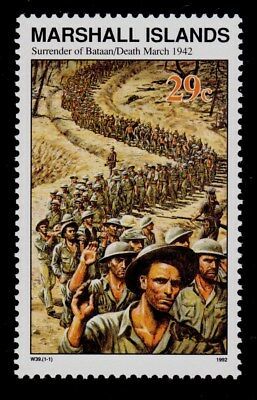 Most modern prisons transport their inmates by bus if or when the time comes for them to be transferred to a new location, both for humanitarian reasons and for practical ones. However, another form of transportation exists, commonly used in wartime and only used in circumstances where the survival of the inmates is considered optional — if desirable at all.

The Death March is essentially a forced march for captives such as slaves or POWs, most commonly one in which the participants are not expected to survive. This can be through dangerous terrain, harsh weather, torturous extremes of climate, or even additional work duties. Guards assigned to oversee the march may torture or execute any prisoners unable to keep up.

The goal of a Death March varies. Sometimes it really is a brutal form of transportation to new territory, and any deaths along the way are considered acceptable losses or even a useful side-benefit in culling the inmate population. At other times, it's intended as execution and little else — with the march continuing until every last captive is dead.

For this reason, Death Marches are classified as war crimes, and known examples include some of the greatest violations of human rights in recorded history.

Contrast Fatal Forced March for the voluntary equivalent of this carried out by non-prisoners, and Prisoner's Work for more pedestrian, less brutal forms of labor performed by inmates.