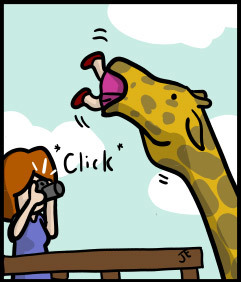 Pelican: [watching a fellow pelican choke] Hey, hey, Nigel. Heh, would you look at that? Sun's barely up and already Gerald's had more than he can handle.
Nigel: Yeah. Reckon somebody oughta help the poor guy.
[all the pelicans murmur and nod, but none actually go to help]
Nigel: ...well, don't everybody fly off at once.
— Finding Nemo
Advertisement:

Somebody is begging for help — but no help is forthcoming. As far as bystanders are concerned, it's somebody else's problem: either a hero will swoop in and save the day, or a different bystander, one who is far more qualified, will step up and do the job.

It can be one of the reasons why the heroes are the only ones dealing with the matter, even if they don't have the adequate resources for it. It can also explain why they often grow to think that they must personally deal with everything. This can become a self-reinforcing pattern, as the presence of heroes leads average citizens to wait for them to solve problems.

In some cases, this may actually be the sensible solution if the bystander would do more harm than good trying to directly intervene. If Bob's house catches fire, Alice might call 911 and get the fire department but she won't go in to try and fight the fire or save anyone herself, since she'd probably just get in the way. The firefighters have the equipment and training to deal with the situation better than Alice ever could. They would consider any "help" she provided to be Unwanted Assistance and might just make things worse if she messes up somehow.

Compare Apathetic Citizens and Callousness Towards Emergency. May overlap with Unusually Uninteresting Sight. When authorities are cursed with this, see Adults Are Useless, There Are No Therapists, and Police Are Useless. See also All-Powerful Bystander and Social Media Before Reason. Contrast Samaritan Syndrome, wherein people in authority aren't cursed with this and it drives them nuts, and Who Will Bell the Cat?, where they are deeply concerned until the onus is put on them. If someone with this view is pushing it onto others, it becomes Not Your Problem as well. If they get called out for this or are punished for this, then it's Accomplice by Inaction. If someone doesn't help out of spite, that's Refuse to Rescue the Disliked. If a hero who could easily solve the problem doesn't get involved for some reason, see Superman Stays Out of Gotham.

Sometimes this is used to demonstrate anviliciously that Humans Are Bastards. It can be Truth in Television, as shown in social psychology

. Ironically, the famous case of the murder of Kitty Genovese

that's still cited as the definitive example and that inspired research into the phenomenon didn't actually involve the trope; the story about dozens of people just watching her being murdered on a public street (in broad daylight, yet) is based on a newspaper article that was mostly false. note The full story can be found elsewhere, but here's the short version. Attack in an apartment courtyard at 3 a.m. in the winter, so very few open windows and nearly everyone sound asleep. Kitty had a punctured lung, therefore unable to scream for help. Someone opened a window and yelled at the attacker who was initially scared off. Kitty limped to a hallway. Attacker came back and stabbed and raped her in the out-of-the-way hallway. No witnesses. Two people did call the police, and a neighbor found a dying Genovese and held her until the ambulance came. The man who said he "didn't want to get involved" asked his neighbor to make the call, and the neighbor did. There was no 911 then, you had to know your precinct's phone number and pray that the cops didn't arrest you for bothering them (major reforms in police relations with the public were put in place as a result of this incident). Also, many people in the complex were gay, including Kitty herself; in those pre-Stonewall days, homosexuality was illegal, cops loved to beat up LGB Ts, so they avoided calling any. Much of the police questioning of neighbors revealed a preoccupation with the gay lifestyle, and Kitty's girlfriend was assumed to be the killer because lesbians sooner or later become Axe Crazy killers.

Since the turn of the 21st Century, increased scrutiny has been given to the Bystander Effect by psychologists and it's increasingly viewed with scepticism. While the small-scale lab experiments conducted in the 20th Century did show a hesitancy for people to intervene when they were in groups, this was something that only happened when the subjects knew they were in a test and therefore that the "emergency" wasn't real. In actual emergency situations, people showed far less hesitancy to act when in groups. And when they did hesitate it tended to be for reasons like fear of getting hurt (as if someone's already in danger then it would also logically also be dangerous for a random person who lacks proper training or equipment to get involved). However, that research has yet to percolate into fiction so it's likely to be a long time before Bystander Syndrome becomes a Dead Horse Trope.

Contrast Badass Bystander, who breaks with this trope.